The Project covers a two-year period including various activities and events to take place in Turkey and to be organized in partnership with miscellaneous Greek and Turkish NGOs. The Project includes a series of contact building, networking and training activities as a preparatory period to be followed by workshops and conferences on relations between governments and NGOs.

The core event of the Project is the Youth and Culture Festival "KAYAFEST", to be held in Fethiye/Kayakoy, an old Greek village left after the compulsory population Exchange-between July 28-August 3, 2003. The festival contains various workshops on psychology, photography, documentary, maquette making, dance theatre and music as well as open air movies and documentary sessions, exhibitions, cooking, rhythm activities, dance and music shows etc. One of the main activies of the festival is the NGO Info fair in which the NGOs will find the opportunity to open stands and introduce themselves and their projects to other NGOs in order to build new partnerships for future projects.

The project will come to an end with the closing conference to be held in Middle East Technical University (METU) and with the distribution of the Result Book in 2004.

AEGEE-Ankara was first established in 1995, has been involved in many activities at the European level. The general assembly of AEGEE, AGORA in 1997 that Suleyman Demirel — the President of the Republic of Turkey to be involved in the European Union Education Programme SOCRATES brought AEGEE-Ankara to an important position in Turkey as well as in the AEGEE network. AEGEE-Ankara having more than 450 members is still actively working in the network. AEGEE (Association des Etats Generaux des Etudiants de l’Europe-European Students’ Forum) is a secular,economically and politically independent, non-profit student organization aiming to promote cooperation and integration within Europe. In order to reach this aim, AEGEE is active in 286 locals all around Europe with more than 25 000 members. Since its foundation in 1985 in Paris, AEGEE locals have organized summer-universities, conferences, language courses which contributed to the promotion of cross-cultural understanding and mutual coexistence as a preparation for tomorrow’s integrated Europe. 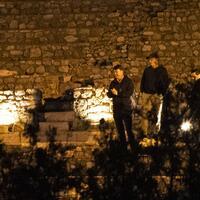 G-7 warns Russia of ‘massive consequences’ if it attacks Ukraine