Gaza City – Dozens of people have gathered opposite the headquarters of the International Committee of the Red Cross (ICRC) in the besieged Gaza Strip to demand that Israel immediately release Palestinian prisoners.

The demonstration on Sunday was one of several held across the occupied Palestinian territories to mark Palestinian Prisoners Day, an occasion on which Palestinians traditionally show solidarity with those held in Israeli prisons.

More than 4,400 Palestinians are currently held in Israeli jails. More than 500 detainees, including women and minors, are held in “administrative detention”, under which suspects are held without charge or trial for an indefinite time period.

Samira al-Haj Ahmad, 56, who goes by Umm Raed, has joined the annual protests and taken part in weekly solidarity sit-ins for the past 17 years.

Her son Raed al-Hajj Ahmad is being detained at Nafha, a prison in the Naqab (Negev) region of Israel. He was sentenced to 20 years of imprisonment in 2004 after attempting an attack at the Beit Hanoun (Erez) checkpoint in northern Gaza.

“The suffering of our sons in Israeli prisons continues, difficult conditions and harsh treatment by the jailers,” she told Al Jazeera, holding Raed’s photo.

“The flower of my son’s youth went in prison. He was only 20 when he was detained, now he is 38,” she said. “Every month of Ramadan we miss him at the iftar table, our lives have no taste without him.”

Other events to mark the day took place in the districts of Ramallah, Nablus and Hebron in the occupied West Bank, where participants walked in demonstrations and held banners to show solidarity with the prisoners.

This year’s Prisoners Day comes after more than 300 Palestinians were arrested and at least 160 wounded as Israeli forces raided the Al-Aqsa Mosque compound in occupied East Jerusalem on Friday.

“Every day there are dozens of young men who are arrested, as we saw two days ago in Jerusalem and in the West Bank,” Um Raed said.

“No one cares about the number of prisoners that Israel is holding. Everyone must work for the release of all our youth detained by Israel.”

According to the rights group Addameer, 12 of 32 Palestinian women held in Israeli prisons are mothers, and about 160 Palestinian children aged 12-17 are in Israeli detention.

Former prisoner Fatima al-Ziq, 52, told Al Jazeera that the issue of prisoners should be a top priority for the Palestinian leadership and political factions.

“From my past experience I lived my most difficult days in Israeli prisons. The prison service used all measures of psychological and physical torture against us,” she said.

“The policies of deprivation of family visits, solitary confinement, administrative detention are still used against prisoners.”

Al-Ziq was arrested in May 2007 when she was two months pregnant at the Beit Hanoun (Erez) crossing, accusd of attempting to carry out an attack in Israel. She later gave birth to her son Yousef in an Israeli prison.

She and her son were freed along with another 19 Palestinian women as part of a deal in 2009 between Israel and Hamas, the Palestinian faction that rules Gaza. Under the deal, Hamas produced a so-called “proof of life” video of Israeli soldier Gilad Shalit, who had been held captive for more than three years and Israel released the women prisoners.

“My suffering while waiting for the release of my son made me feel like the mother of every prisoner,” she told Al Jazeera.

“All the prisoners are my sons, and I pray for their release every day. No one feels the suffering of the prisoner and his family except the one who tasted this cup,” she said.

“I had this idea with another prisoner’s mother. We wanted to make sure our sons were not forgotten,” she said.

“It was just the two of us standing outside the ICRC the first time – but we knew the next week there would be three or four of us, and then, slowly, more mothers joined us,” she said.

Umm Ibrahim called for the release of Palestinian prisoners and to stop Israel’s punitive measures against them.

“The international community should act to stop the brutal policies of administrative detention, child detention and release those with high sentences.”

This East African nation is known for stability. But drought and rising prices are fuelling insecurity

Soon, African cheetahs in India after deal with Namibia 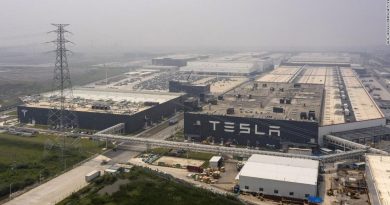