Faced with starvation, Hassan took her remaining eight children and began the 15-day trek to reach the capital, Mogadishu. Towards the end of their journey, her two-year-old daughter collapsed and died. They buried her along the way.

“I cried so much, I lost consciousness,” she said, “But we have so many problems. We have no food or shelter.”

Sitting on a plastic chair in a clinic run by the International Rescue Committee (IRC) in Mogadishu, Hassan’s face is expressionless with exhaustion as a doctor examines the tiny little girl curled up in her lap.

Her daughter Muslimo is 18 months old but weighs just over 10 pounds. Papery skin is stretched tautly over her jutting ribs. She doesn’t cry. The doctor measures her tiny forearm. The tape shows red, indicating severe malnutrition.

This clinic has seen an 80% spike in the number of cases in the last month alone and a staggering 265% increase in severe malnutrition in children under the age of 5, IRC senior nutrition manager, Mukhtar Mahdi says.

“We haven’t seen these levels in our clinic before. It breaks my heart. That’s why I am still working in the field, to avert a catastrophe.”

Somalia has been here before. In 2011, a famine claimed more than 250,000 lives. In 2017, another famine was narrowly averted thanks to an influx of aid by the international community and the Somali government that vowed never to let it happen again.
But this year the country is facing the perfect storm. Four consecutive failed rainy seasons, and the economic fallout of the Covid-19 pandemic plunged this nation into crisis. Then Russia’s invasion of Ukraine and its blockade of Ukraine’s wheat exports disrupted the world’s supply chain. Sanctions against Russia sent fuel and food prices soaring, threatening to push Somalia over the edge.

Mohamud Mohamed Hassan, country director for Save the Children, says the situation is worse than any he has seen before.

“The wheat that is consumed in Somalia, 92% of it comes from Russia and Ukraine,” he said. “The price of wheat has doubled in some areas.”

“The war in Ukraine has really exacerbated this situation.”

Further compounding the issue is the fact that global attention has been consumed by the conflict in Ukraine. According to the UN, less than a third of the $1.46 billion needed for Somalia has been secured.

“What’s happening in Ukraine is understandably sucking up a lot of the oxygen,” explained Lara Fossi, deputy director of the World Food Programme. “So bringing attention back to what’s happening here, it has been really difficult.”

According to the UN, some 7 million people, almost half the population of Somalia, do not have enough to eat. It estimates 1.5 million children ​under the age of 5 are acutely malnourished and some 448 have died this year. Aid workers caution that the real number is likely much higher as the deaths of many children here, like those of Hassan’s children, go unrecorded.

On the outskirts of the capital, a ferocious wind whips through the makeshift tents at the recently established Al Na’im Camp. It’s one of the many informal settlements that spring up, and then get limited support from the neighboring community, government and aid groups. The camp’s administrator, Zamzam Mohammed, says its population has mushroomed in the last month, and it’s now home to 876 families.

That’s a small fraction of the roughly 800,000 people who have been displaced this year by drought and hunger, according to the UN. The last week of June saw a record 36,000 new arrivals at camps throughout Somalia, UNICEF says. The agency and its local partner organization are working to improve sanitation and distribute aid in Na’im and other camps on the outskirts of Mogadishu, but say they are struggling to keep pace.

UNICEF’s Victor Chinyama says local communities around Mogadishu, known for supporting new arrivals, are now struggling themselves. “Host communities can’t support new arrivals like they used to, like they would want to,” he said.

Camp director Mohammed marches towards the edge of the camp where she says she has overseen the burials of 30 children. Mounds of freshly dug earth, marked simply with aloe leaves and acacia branches are dotted in a line.

“From that corner to this one, this line of graves is all children… You feel such pain, sadness when you bury a baby. You can do nothing to help. I am a mom and I can feel their pain as a parent,” Mohammed said.

She takes her headscarf to dab the tears streaming from her eyes.

Some 500 yards away, Nourta Ali Humey sits outside her tent. Three of her children are among those buried here. They all suffered from malnutrition and died after contracting measles at the camp. She has yet to visit their graves.

She trails off and turns her attention to her young daughter sitting by her side.

“She has been very sick. I will visit them when she gets better.” 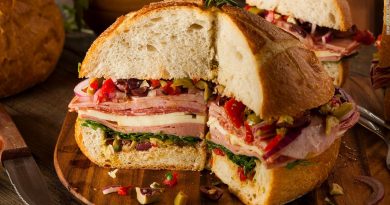 23 of the world’s best sandwiches

‘We have no one’: The women and girls sold as brides in Kashmir