ANKARA, Turkey — A moderately strong earthquake struck Turkey’s western province of Izmir on Friday, causing panic among residents and toppling the minaret of a mosque, officials said. Two people were hurt while trying to escape their home in panic.

The Disaster and Emergency Management Presidency, AFAD, said the 4.9-magnitude earthquake was centered in Izmir’s Buca district and struck at 3:29 a.m. The quake was followed by several aftershocks and was felt in surrounding areas.

At least two people were injured after jumping from a height while trying to leave their homes in panic, Interior Minister Suleyman Soylu said on Twitter.

Izmir’s mayor Tunc Soyer said there were no reports of major damage other than the toppled minaret.

“Apart from the panic, fear, alarm caused to our residents, we have not received any negative reports,” Soyer told HaberTurk television.

The temblor occurred days after Izmir commemorated the victims of a magnitude 6.6 earthquake that claimed the lives of 117 people on Oct. 30, 2020.

Turkey sits on top of major fault lines and is frequently shaken by earthquakes.

Some 18,000 were killed in powerful earthquakes that hit northwest Turkey in 1999.

Syrian rebels says ready to back Turkish-operation in northeast

For the ruined, Turkey’s crypto crackdown comes too late 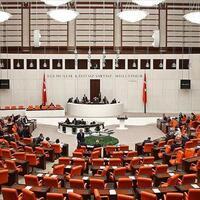