Running an airline is a tough industry, with many companies either folding shop or merging with rivals to survive. Being an airline passenger isn’t a walk in the park, for a litany of reasons that anyone who has ever been in an airport can easily enumerate.

Landline, a four-year-old, Fort Collins, Colorado-based transportation startup, thinks it has struck on a way to create a better experience for both airlines and their passengers. The big idea? To distribute the check-in process by processing people in many smaller hubs, closer to their homes, well before they get to their departing gate.

If all goes as planned, its customers will eventually get dropped off just a hop, skip and a jump from the plane they’re about to board.

Of course, big ideas often start with the execution of smaller ones, and right now, Landline, founded by Stanford grad David Sunde, is largely a bus service, transporting people from regional hubs to major airports. It sprung up after Sunde spent nearly four years, on and off, with the aviation outfit Surf Air, where he saw some of the challenges of regional airline carriers, from their expensive operations to pilot shortages.

Still, Landline already does more than just punch tickets for passengers. It has already struck partnerships with American Airlines, United Airlines and Sun Country Airlines, whose passengers unknowingly book travel with Landline, which operates as a white-labeled service. As far as travelers are concerned, they’re hopping onto an American Airlines bus — if that’s the provider — replete with AA programming and appointments, and that ride to the airport from the hub nearer their home is simply built into the overall cost of their ticket.

Meanwhile, because of these partnerships, Landline is able to check in both the passengers and their luggage so when they reach the airport, the last remaining step is walking through airport security.

Of course, that last step is not minor. The worst part of most passengers’ experiences are the long security lines. But Landline is working on this, too. Indeed, Sunde volunteers it would be “game-changing,” and says that not only would Landline become the first ground transportation company in the country to receive the blessing of the Transportation Security Administration, but that he expects its approval will come.

“There’s a pre-existing regulatory approval for regional airlines; for us, when it happens, it will be an industry first, which is really cool,” says Sunde. “I always want to be respectful of the TSA, and they’re taking their time; we’ve been working with them for a long time. But I’m optimistic about it. We’ve successfully stepped into more complicated things.”

Likely, the startup — which aims to bring passengers right to a nearby gate eventually —  is receiving some help from investor Tusk Ventures, an outfit that has positioned itself as a kind of expert at the intersection of tech and policy. (Firm founder Bradley Tusk worked previously in politics and was an early advisor to Uber.)

Others of Landline’s backers include Upfront Ventures, Matchstick Ventures, Wildcat Capital and Drive Capital, which just led a $28 million round in the company that closed this week and brings its total funding to $38 million.

In the meantime, the company is doing what it can to build infrastructure that puts it on solid footing for the future. For example, while it has its own ground transportation certificate, it also has the insurance requirements and the safety and security team that would be required of a regional airline.

Now, with its newly raised capital, it can put the pedal to the metal, so to speak. While it operates in nine cities across Wisconsin, Minnesota, and Colorado, it will be adding to these as quickly as it’s able.

It will also use some of that $28 million to add to its 100-person team, roughly a quarter of whom work in operations. (Many of the rest are drivers who are considered full-time employees of the company.) Sunde says the company is particularly focused on building up its own on-shore software development team to work on a door-to-door product that Landline is currently piloting, where travelers needn’t even drive to a nearby hub but could be picked up at home.

It’s not a terribly sexy business, but it could be an overlooked opportunity, especially considering the overly congested state of airports right now, as well as customer frustration with most airlines.

“The future of the motorcoach business is very much the idea that the airport no longer needs to be next to the runway,” says Sunde. “It can be in the basement of the building or in a shopping mall. And we can distribute the check-in and load away from these places where it’s really hard to improve infrastructure.” 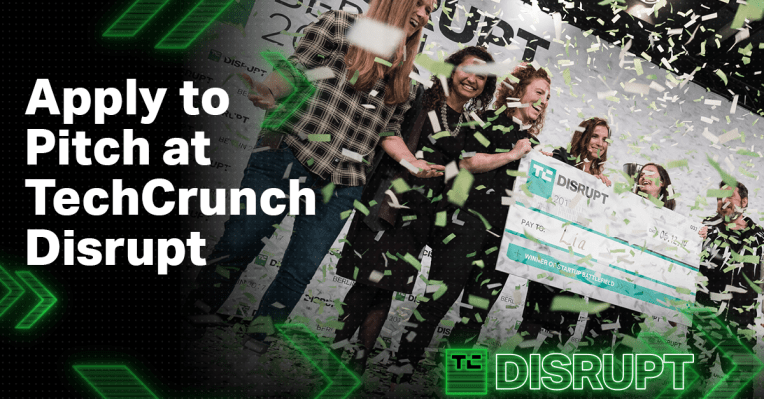 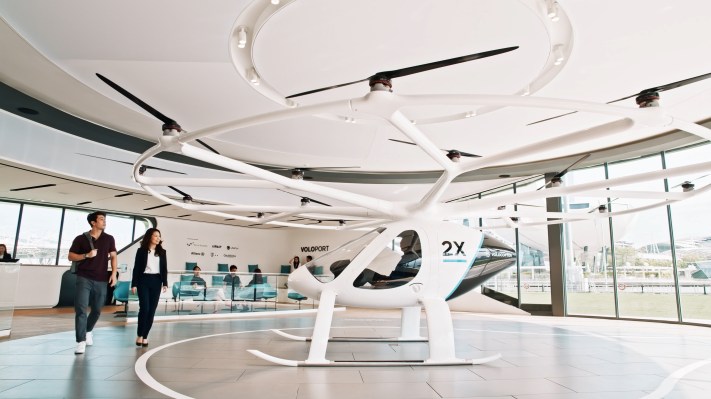 Volocopter raises $170M, now valued at $1.87B, to fuel the first commercial launches of its flying taxi fleet – TechCrunch