A study conducted by a voluntary group in Uganda has found that youth were increasingly taking to politics to earn money in the wake of large-scale unemployment and financial crunch.

In a study conducted by the Uganda Youth Network (UYONET), it was found that the increasing youth participation in politics is largely motivated by the impression that politics is a lucrative profession.

In comparison, the lawmakers in neighboring Tanzania earn $7,000 and in East Africa, they earn $6,408 per month.

Pastor Solomon Male, a political analyst, told Anadolu Agency that educated youths are mostly joining politics because they think it is a paying sector in the country. He said unemployment has also led many young people to earn a livelihood by joining politics.

According to the last census conducted in Uganda in 2014, 81.3% of the total population are under the age of 35 and 20.6% of the population is between 15 and 24 years old. The youth aged between 18-30 years are registered as voters, which makes their number of 6.4 million a large chunk to overturn results.

Even as 75-year-old incumbent President Yoweri Museveni, who secured six million votes, was declared the winner, the youth power gave him jitters.

Out of the total 529 members of parliament in Uganda, 160 are under 40 years old. Bobi Wine’s political party, the National Unity Platform (NUP), has 59 lawmakers, and most of them are below 40 years old.

Out of the 140 chairpersons of district councils, 65 are under the age of 40. A large number of youth were also elected to village and town bodies.

Veteran politician John Kakooza told Anadolu Agency that votes secured by Wine highlighted the fact that young people will soon take leadership of the country and eject old people, who have been in power for years.

One of the young members of parliament, 37-year-old Francis Zaake, said the young people in the country have realized that they have to come out and provide leadership.

“The old people who have overstayed in power are leading our country astray,” he said.

Ugandan government spokesman Ofwono Opondo said recently that the government values the aspirations of the youth and has reserved parliamentary seats for them.

Uganda’s parliament has four reserved seats for young MPs – one each for the north, east, west, and south of the country. 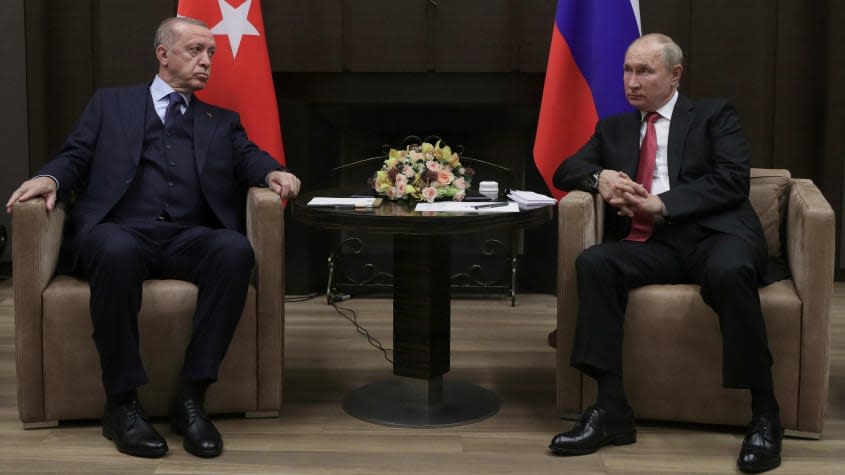 Putin shared with Turkey’s president his demands for Ukraine