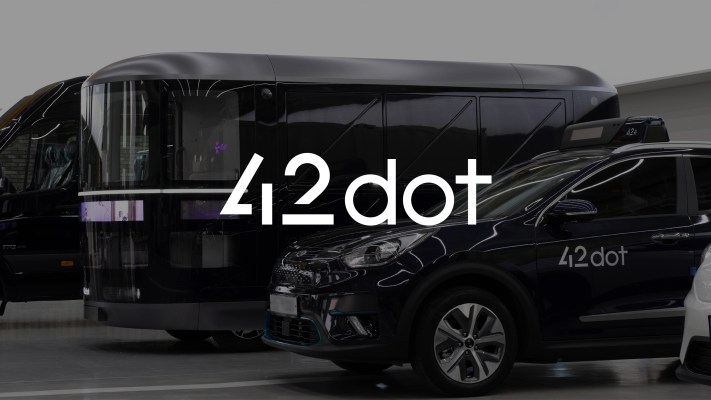 Hyundai Motor is considering increasing its stake in, or fully acquiring, the South Korea-based lidar-free autonomous mobility platform 42dot, the latest signal of its growing interest in the fast-growing space.

A spokesperson of 42dot told TechCrunch that the startup is in talks with Hyundai Motor, but cautioned that terms including stake size and deal valuation hadn’t materialized yet. Hyundai Motor did not immediately respond to requests for comments.

Hyundai currently owns a 20.4% stake in the three-year-old startup, whereas 42dot’s co-founder and chief executive Chang-Hyeon Song, who interestingly also leads the transportation-as-a-service (TaaS) team at Hyundai Motor, held a 36.19% stake as of December 2021, according to 42dot’s regulatory filing. The rest is owned by venture capital firms and strategic investors, including LG Electronics, SK Telecom, Lotte Rental, CJ Logistics and LIG Nex1.

The news comes nearly nine months after 42dot raised $88.5 million in its Series A financing round at a valuation of about $425 million to accelerate its TaaS service and urban mobility operation system (UMOS).

South Korean local media Korean Economic Daily first reported the news, citing anonymous sources, that Hyundai is in talks to invest at least 400 billion WON (~$306.4 million) in 42dot. According to the newspaper, Hyundai approached 42dot for the acquisition in June. The proposed deal could be completed this month, the paper said.

Founded in 2019 by former Apple, Microsoft and Naver alum Song, 42dot has developed Akit, a self-driving software and hardware solution, and TAP, an autonomous mobility and logistics platform that offers a number of services across ride-hailing, fleet management, demand-responsive transport, smart logistics and more.