Keyboard startup Fleksy has launched a new self-serve SDK to expand its reach for indie developers wanting to add custom keyboard software to their apps.

The Barcelona-based mobile keyboard software maker has been pursuing a white label licensing approach to selling its customizable keyboard tech for several years but it’s now looking to expand its B2B business via a more accessible freemium software-as-a-service model.

“Developers want something to build fast, and we’re serving them now with this platform,” says CEO and co-founder Olivier Plante. “We serve dozens of companies using our [earlier] Custom SDK … under a license model but with this platform, the future is to enable developers to build value on top and share their integrations with other developers, that’s the beauty of the platform enabled by developers — we’ll sooner get to an ubiquitous typing across screens where Fleksy will power it all.”

Plante says demand from indie devs for Fleksy’s customizable keyboard software, which includes features like next word prediction and swipe to input, is coming from mobile centric regions including Europe and the U.S., and from consumer apps such as health, productivity, social media, P2P payments and CRM apps, among others.

“Since the Keyboard is extending their capabilities, reaching the end user across any apps — it increases usage and retention of their app,” he suggests, adding: “We are also getting developers searching to improve their own in-app experience — especially in the Productivity/Utility Apps Developer.”

Per Plante, Fleksy is seeing interest in the keyboard tech from developers working on apps outside the mobile space — such as for AR/VR devices, automotive and out of home displays.

“All our competition is focusing on licensing, long sales cycles — the Keyboard SDK landscape is Fleksy’s now — and we invite all types of companies/sizes/ indie devs to try out our SDK — no strings attached!” he adds. 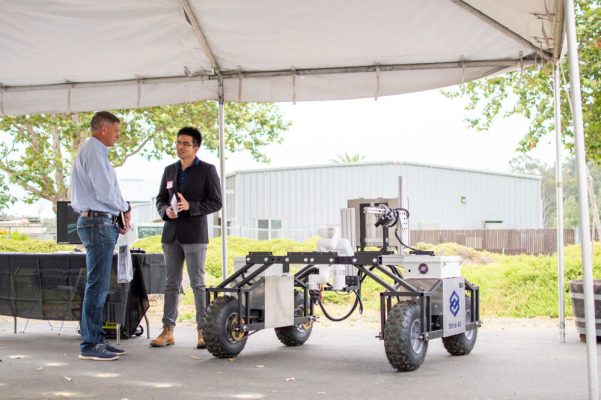 As the worm turns – TechCrunch