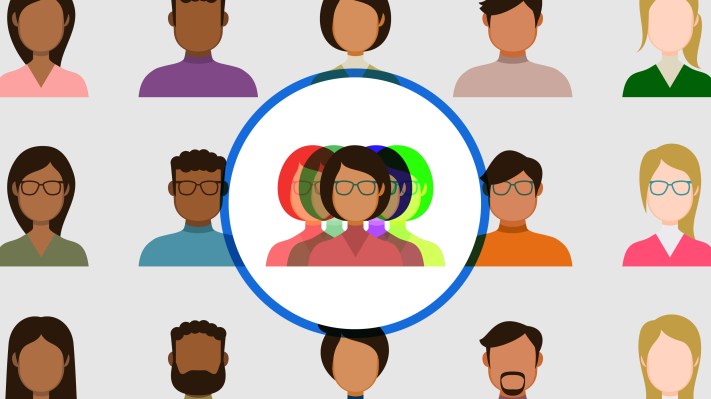 Facebook is testing a way for users to have up to five separate profiles tied to a single account. The social media giant says the test allow users to dedicate different profiles to specific groups they want to connect with, such as one dedicated Facebook feed exclusive to their friends and another one just for their coworkers. Users who are part of the test will be able to switch between their different profiles in a few taps.

“To help people tailor their experience based on interests and relationships, we’re testing a way for people to have more than one profile tied to a single Facebook account,” Facebook spokesperson Leonard Lam told TechCrunch in an email. “Anyone who uses Facebook must continue to follow our rules.”

Additional profiles don’t need to include a person’s real name, as users will be able to choose any profile name and username, as long as it’s is unique and doesn’t use any numbers or special characters. People’s main profiles must still use the name they use in everyday life, Facebook says.

The company says additional profiles are still subject to its policies and that they can’t misrepresent your identity or impersonate others. If you receive a violation on an additional profile, it will impact you account as a whole. Facebook says this rule will help prevent people from abusing its platform across multiple profiles. If someone repeatedly violates the company’s policies using one of their additional profiles, Facebook’s systems will recognize which profile was violating and take appropriate action, such as removing the additional profile or all profiles, including the main account.

Facebook says there are some parts of the platform that are only available for people’s main profiles, such as creating and managing a Page or using Facebook Dating.

Considering that a user’s additional profiles are under one Facebook account, the company says the multiple-profile feature won’t change how it reports user metrics, such as monthly and daily active user totals.

Up until now, the company has bared regular users from having multiple Facebook accounts, so the introduction of additional profiles marks a change for the social media giant. The launch of the test indicates that Facebook is experimenting with ways to drive engagement on its platform, while also encouraging users to post and share more content with others.

The test also shows that Facebook is trying to move beyond just a platform to share updates with family and friends, as the company notes that additional profiles can be used to go deeper into topics you care about and want to learn more about. For example, Facebook says a user may want to create an additional profile focused on sustainable design, where they can follow their favorite brands and connect with others who share their passion. Facebook also suggests that additional profiles can be used to organize content about the things that matters to you. For instance, you can having one profile dedicated to foodie content where you can follow your favorite chefs and find local events and restaurants.

Facebook’s shift away from single profiles comes as it’s trying to find ways to retain users, as it continues to compete with growing threats like TikTok. In February, the company reported a decline in daily users for the first time in its history in the fourth quarter of 2021, but later reported an increase in the first three months of this year.

The company’s additional profiles feature is currently being tested with select users.