Medan, Indonesia – Even by the standards of a justice system known for drama, a US court’s latest ruling in a case pitting Indonesian villagers against one of the world’s most powerful oil companies was unusual enough to raise eyebrows.

John Doe versus ExxonMobil, which has dragged through the courts in the District of Columbia for two decades, took a dramatic turn after a judge ruled last week that the oil giant pay $288,900.78 in legal fees and expenses to the plaintiff’s counsel following a disastrous deposition two years ago.

“Sanctions are a very big deal,” Michel Paradis, a human rights lawyer and lecturer at Columbia Law School in New York, told Al Jazeera. “They are rare and often reflect a judge’s genuine frustration with how an attorney or a party has acted.”

In 2020, Mark Snell, ExxonMobil’s Asia Pacific regional general counsel, “severely, repeatedly, and perversely obstructed his own deposition” and refused to answer questions, wasted time and provided inaccurate and evasive answers about whether he was reading from his notes and who prepared them, according to court documents.

The case was filed in the District Court for the District of Columbia in 2001 after allegations Indonesian villagers were subject to human rights abuses, including sexual assault, torture, rape and wrongful death in and around the ExxonMobil Oil and Gas Plant in Lhoksukon, Aceh Province during the late 1990s and early 2000s.

Born of a 1999 merger between Mobil Oil Indonesia and Exxon, the company was generating more than $1bn in annual revenue at the end of the 1990s when it contracted members of the Indonesian army to guard its facility in Aceh at a cost of $500,000 per month. At the time, Aceh was embroiled in a protracted civil war between the government and the Free Aceh Movement (GAM), a separatist group demanding autonomy from the rest of the country.

The 11 plaintiffs in the case, some of whom are represented by their families, allege that soldiers contracted by ExxonMobil conducted sweeping raids aimed at rooting out suspected separatists, torturing and murdering innocent members of the local populace in the process.

ExxonMobil has strenuously denied knowing about any abuses by contractors under its supervision.

‘Beating about the bush’

Andreas Harsono, a researcher at Human Rights Watch Indonesia, said the court’s latest ruling should prompt ExxonMobil to stop “beating about the bush” and engage with the substance of the case.

A spokesperson for ExxonMobil declined to comment on the latest development.

Terry Collingsworth, who filed the case and is representing the plaintiffs, told Al Jazeera he could not comment “other than to confirm that this was an award to plaintiffs’ counsel for time and expenses in forcing Exxon to comply with discovery obligations”.

Several of the plaintiffs, who are listed in the court documents as John and Jane Does in order to protect their identities, said they welcomed the sanction and that it exposed a double standard around the depositions.

“I was open with my evidence and I told Exxon’s lawyers everything,” one plaintiff told Al Jazeera. “We have always answered all their questions. We are just simple people, but I have become braver over the years and I’m not afraid to stand up for my rights.”

Another plaintiff, who alleges that soldiers under contract to ExxonMobil attacked him with a bayonet leaving him scarred for life, said the alleged victims in the case had consistently behaved better than the defendants.

“I replied to all their questions in full at the deposition,” he told Al Jazeera.

“We were the victims and we have cooperated throughout the process. Exxon doesn’t want to take responsibility for what they did. We spoke to Exxon’s lawyers at our deposition and told them everything about what happened to us. How can they say now that they don’t remember anything?”

“For 20 years we have been saying the same thing, We were beaten and carved up and we have proof,” he added.

Judge Royce Lamberth slapped ExxonMobil with the $288,999 penalty after last year admonishing ExxonMonil’s counsel, Alex Oh, for describing her opposing counsel as “unhinged” and “agitated and combative” as a result of Snell’s botched deposition.

Oh resigned from a new role as the head of the US Securities and Exchange Commission’s enforcement division in April last year after less than a week in the job following the judge’s rebuke, saying in her resignation letter that she could not, “address this development without it becoming an unwelcome distraction to the important work of the division”.

“Good federal judges – and I would definitely include Royce Lamberth among these – have seen a lot and can compartmentalise. So you won’t see him ruling against Exxon out of spite,” Paradis said, noting however that ExxonMobil might be less likely to get the benefit of the doubt in the case going forward.

“It is impossible to know how that will play out,” he said. “But the last thing you ever want as a litigator is to get to the point where a court cannot rely on what you say.”

Philippines heads to the polls in ‘good vs evil’ election 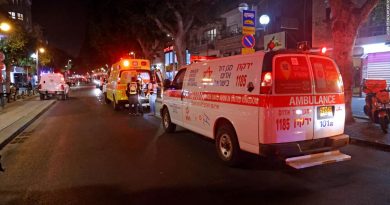