When it comes to climate, the picture can look bleak.

Emissions of the greenhouse gases that cause climate change reached a new peak in 2022, according to early estimates. And climate disasters seem to be hitting at a breakneck pace. In 2022, the world experienced record heat waves in China and Europe, and devastating floods in Pakistan killed over 1,000 people and displaced millions.

But a close look at energy and emissions data around the world shows that there are a few bright spots of good news, and a lot of potential progress ahead.

For example, renewable sources make up a growing fraction of the energy supply, and they’re getting cheaper every year. Countries are setting new targets for emissions reductions, and unprecedented public investments could unlock more technological advances.

Read on to find out why there are at least a few reasons to be hopeful.

While emissions reached new heights in 2022, the peak is in sight.

Emissions from fossil-fuel sources were higher than ever in 2022, according to data from the Global Carbon Project. Global growth year over year was just over 1%, continuing a rebound from a 2020 low caused by the covid-19 pandemic. Overall, emissions have doubled in about the last 40 years.

But while emissions grew globally, many countries have already seen their own plateau or begin to decrease. US remissions peaked in 2005 and have declined by just over 10% since then. Russia, Japan, and the European Union have also seen emissions plateau.

Global emissions are expected to reach their peak in about 2025, according to the International Energy Agency. Reaching maximum annual emissions is a significant milestone, the first step in turning the metaphorical ship around for greenhouse gases.

But emissions are still growing in some countries, including China (the world’s current leading emitter) and India, both of which have growing populations and economies. China’s increase has been especially sharp, with emissions roughly doubling over the past 15 years.

China’s government has pledged that the country will reach its emissions peak by 2030 and achieve net-zero emissions before 2060. The peak could come even sooner, in 2025 or before, according to analysis by CarbonBrief. The nation is deploying renewables at record speed, roughly quadrupling installations over the past decade.

India’s emissions increase is more moderate than China’s, but the country will likely see growth continue until 2040 or 2050. For now, though, its total emissions are far less than those of China and the US, and it is behind most other countries in per capita emissions.

Emissions have tended to increase with economic growth, but in the future, progress on emissions won’t necessarily require sacrificing economic gains. As renewable energy is more widely deployed and technical improvements drive efficiency, economic growth may be possible without a proportional rise in climate pollution.

Some nations have already begun to cut emissions while maintaining economic growth. Helping developing nations to do the same will be vital.

But China’s carbon intensity is still higher than that of most other large nations. And progress has slowed, largely because of the high proportion of coal in the country’s energy mix today—about 60%, as of 2021.

The reality check: climate progress needs to happen even faster

While emissions are leveling off or dropping in some parts of the world, even the countries that are making progress largely aren’t doing so fast enough to reach international climate goals.

The Paris Agreement, an international climate treaty adopted in 2015, set a target to keep warming at less than 2 °C over preindustrial levels, or ideally less than 1.5 °C.

From climate models, researchers have estimated the limits to total greenhouse-gas emissions needed to hit these targets. The concept is called the global carbon budget, and we’ve nearly spent it all.

If we had started emissions cuts sooner, our carbon budget might have stretched farther into the future, allowing for more gradual cuts. But now, in order to keep warming under 1.5 °C globally given historical emissions, the world’s emissions need to reach net zero by 2050; by 2030 they’d need to be cut roughly in half. And even that might not be enough.

Keeping warming under 1.5 °C is possible, though the goal is slipping out of reach. Given that global surface temperatures have increased by about 1.1 °C since before 1900, we’re already dangerously close to global targets. How much more temperatures rise in the future will be a function of emissions, and the sooner significant cuts happen, the more likely we are to keep warming close to the 1.5 °C target.

It’s clear that building renewable energy and finding other ways to cut emissions can slow climate change. Whether you see it as good news or bad news, the future will be dictated by the world’s actions today and in the near future.

A smashing idea! Apple files patents for all-glass iPhone, Watch and Mac with displays on all sides – Daily Mail 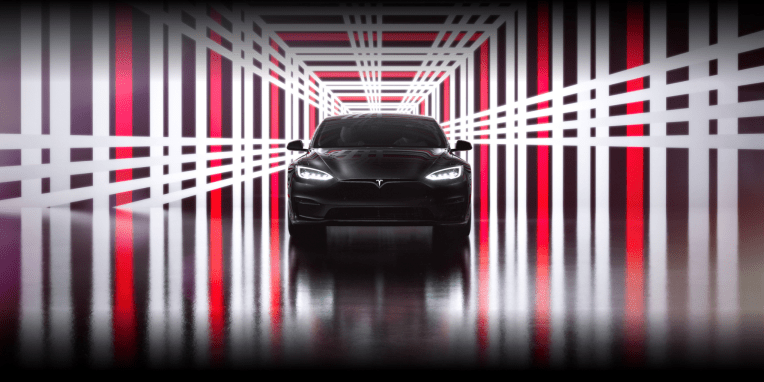